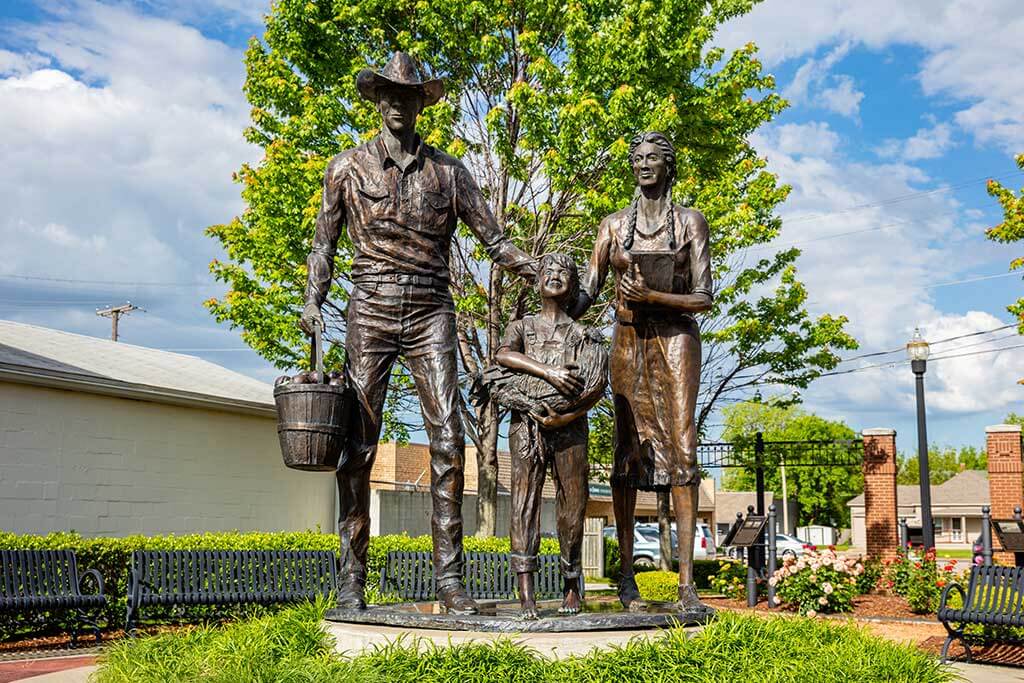 Located 13 miles southeast of Tulsa, Oklahoma, Broken Arrow is in Tulsa County. As a part of the Tulsa metropolitan area, it has a wide variety of attractions and entertainment to keep you busy. As you can guess from its name, Broken Arrow has a rich history that is closely connected to its founding Native American population. If you’ve ever considered living in Broken Arrow, OK or want to learn more about its peculiar past, read on to learn about some interesting town facts.

Broken Arrow gets its name from the Native Americans that founded the city. They were part of an old Creek community that was expelled from Alabama due to the United States government. These settlers founded Broken Arrow in the Indian Territory and named it according to their old settlement in Alabama. Originally, the town’s name in Creek was Rekackv. It is pronounced like thlee-Kawtch-kuh. As you can tell, the meaning of the name is “broken arrow”.

The town slowly grew in size due to the Missouri-Kansas-Texas Railroad and the subsequent commercial activity it brought to the area. Initially, the town’s economy was mainly focused on agriculture and coal mining.  It was always a small town until the 1960s when it slowly became a suburban city. This is due to the Oklahoma State Highway 51 that was constructed. Afterward, more people began moving to and living in Broken Arrow, causing the population to grow.

Its Climate and Unique Geography

Due to its location in the northeastern corner of Oklahoma, Broken Arrow has a common humid subtropical climate. This means that summers can get a little hot and the temperature during winters can be unpredictable. Interestingly, it has stunning views of luscious vegetation scattered around beautiful hills and lakes. It is a part of Green Country, one of the most topographically diverse portions of Oklahoma state. This region contains seven out of the eleven eco-regions in Oklahoma.

Special Awards Given to Broken Arrow

Broken arrow has been listed as one of the ten best towns for families by Family Circle Magazine. This is most likely due to its affordability as well as the wide variety of attractions nearby. If you love nature, take a visit to the Tulsa Zoo or keep your brain active with a stroll around the Broken Arrow Historical Museum. For those who are a little sportier, spend the weekend at Battle Creek Golf Club to relax and unwind.

If you want to make the most of your life in Broken Arrow, these are a few ways to travel around and explore all that it has to offer:

Country Club At Woodland Hills: In The Eyes Of Residents
December 10, 2022

What To Bring When Moving To Senior Living Centers In Glenpool, OK
November 28, 2022

Tips For Being The First-Time Resident In Jenks, OK Seniors Independent Living
November 24, 2022

The Reasons Why Selling Your House To Pay For Senior Living Centers Is A Good Decision
November 21, 2022